The Madness of Max 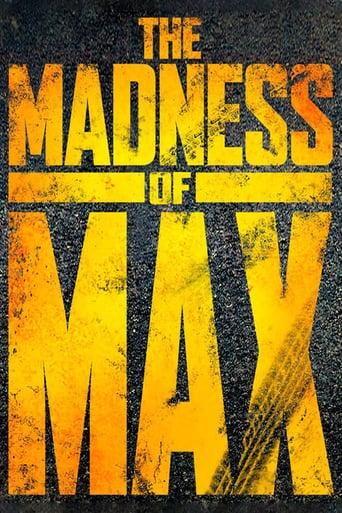 The Madness of Max is a feature-length documentary on the making of arguably the most influential movie of the past thirty years. With over forty cast-and-crew interviews, hundreds of behind-the-scenes photographs and never-before-seen film footage of the shoot, this is without a doubt the last word on Mad Max (1979).Interviews include: George Miller, Byron Kennedy, Mel Gibson, Hugh Keays-Byrne, Steve Bisley, Roger Ward, Joanne Samuel, David Eggby, Jon Dowding and many more. From the Producers to the Bike Designers to the Traffic Stoppers, this is the story of how Mad Max was made.

Similar Movies to The Madness of Max